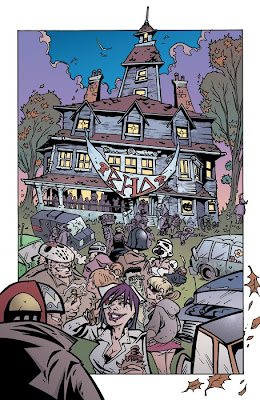 Maybe you could celebrate by ordering it from AMAZON? I think so!

Enjoy! And have a Happy Halloween! Be safe, play it by ear!
Posted by Brian Lynch at 10:16 AM 3 comments: 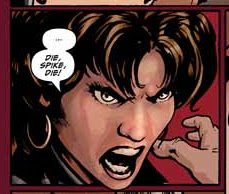 The last issue of SPIKE:AFTER THE FALL is out tomorrow (or, if you're reading this after Tuesday, October 28th, it's out now). It marks the completion of Franco Urru and my third SPIKE series (the first two being ASYLUM and SHADOW PUPPETS).

SPIKE:AFT is also somewhat of a subtle sequel to those two series. In ASYLUM, Spike came to terms with what he had done in the past and what he had become. In SHADOW PUPPETS he realized he didn't have to do it alone. And SPIKE:AFTER THE FALL deals with Spike forging his own life in the worst place possible. He's kickstarting his life outside of Buffy and Angel. Making new friends, planting his own flag.

It all goes horribly wrong, but that's par for the course in this world, no?

It's also a sequel to ASYLUM and SHADOW PUPPETS in the sense that we see references to Betta George, Spike talks of his friendship with Lorne (not established on the show really), and, there's also the matter of Dicky Duck (who featured prominently in SHADOW PUPPETS).

I couldn't have a better creative partner than Franco Urru. He is a genius, rising to the challenge each and every time I throw a thousand things at him. When ANGEL:AFTER THE FALL is over, I will have done, I think, 21 comics with him. That is crazy and wonderful and I am very lucky. I hope that someday, ASYLUM and SHADOW PUPPETS get a collected hardcover edition, simply because his work deserves that crisp page treatment (and, because, they're kinda canon now, yes? Sorta). He's a wonderful man, a super talented artist, and the best friend that I've never met.

Anyway, enjoy SPIKE:AFTER THE FALL # 4 and all it's action and revelations. I think you guys will dig. And stare at certain pages slack-jawed. One page in particular, where... 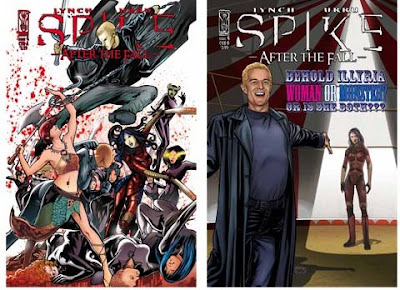 I've got a whole lot to say about this issue (and I think you will too), but for now I will just leave you with the fantastic covers by Franco and the Sharp Brothers!
Posted by Brian Lynch at 4:35 PM 1 comment: 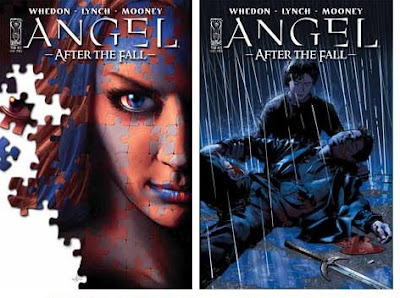 I am so excited for you guys to read this.

I usually read each issue 4 times:

1. When I first get the PDF, purely for fun.
2. The day after I get the PDF, to make edits.
3. When I get the actual comic book proper.
4. When it's released as a collected edition to see how it flows.

Issue 13 is the exception to this. I've read the PDF of issue 13 a bunch of times. I love how it came together. And reading issues 12 and 13 back-to-back is highly recommended, it's a fun time.
Posted by Brian Lynch at 9:08 AM 8 comments:

The Return of PARTY TRUCK USA!

Greatest podcast ever? Quite possibly. Quite...possibly. Movies, comic books, TV shows, comedy, all sorts of whatnot await you!

And hey, add PARTY TRUCK USA at facebook so you can see all the stuff we're talking about via the visual aids! 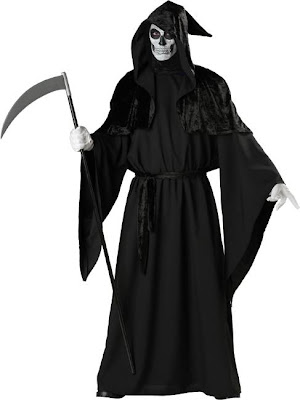 I've gotten private messages, emails, I've seen threads, site links. All for that last post. Hey, sometimes I just like to put up pictures. That image is not necessarily related to upcoming events in ANGEL:AFTER THE FALL. Who's to say WHAT will happen? Anything's possible.
Posted by Brian Lynch at 3:55 PM 6 comments: 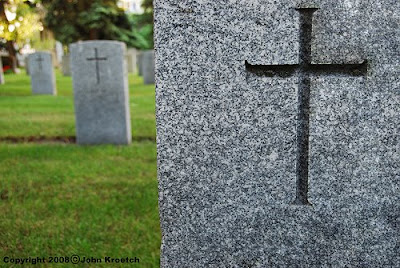 That was a hard one to write. Well, it was easy in the sense that it all flowed very easily, but difficult for reasons I can't quite explain without spoiling major events.
Posted by Brian Lynch at 2:16 PM 20 comments:

I thought this was very well done. Much thanks to the author of said video, from the co-author of said comic.
Posted by Brian Lynch at 9:42 AM No comments:

Just finished proofing ANGEL:AFTER THE FALL # 14. One more issue done and done, we're getting closer to my last issue of ATF. To be honest I don't remember a time when I wasn't writing this book, it's been a long long journey, and I honestly feel as though it's getting better as it goes on. I love the first half of the series, but the second half is all emotional, action-packed, heartwrenching pay-off. I'm really excited for you guys to read it.
Posted by Brian Lynch at 8:51 PM 4 comments: